On the Road to Alaska with Melody Paris 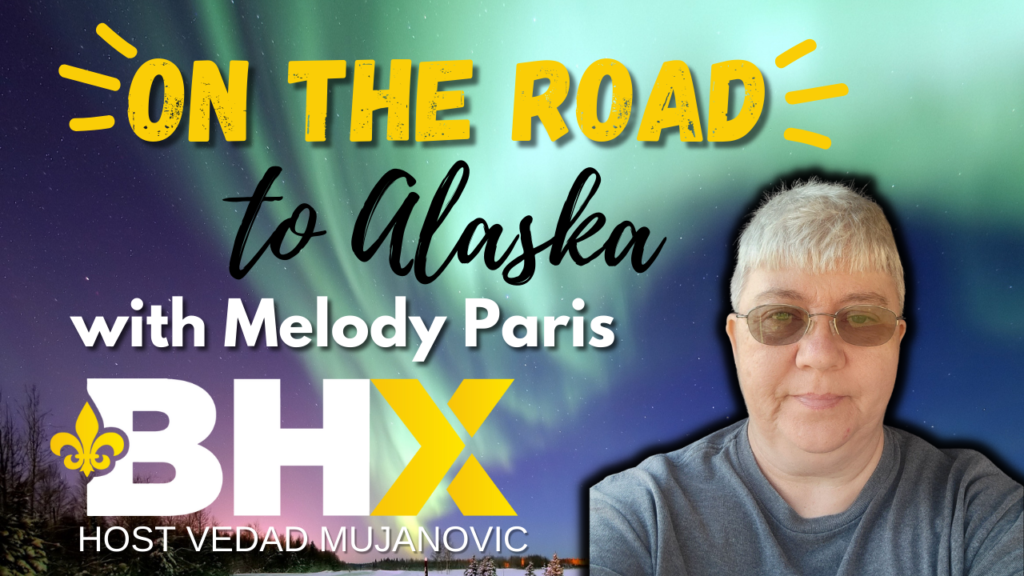 This week we had the honor to speak with one of BHX’s longest-in service drivers, Melody Paris. Melody joined BHX in June 2017 and lives in Sparta TN. In the beginning, Melody revealed to us what she like to do with her free time.

“I am a gamer. That is where my time goes. I have been a gamer since my daughter got me into it. She got me into Perfect World and then my little kids got me into Minecraft. I have my own Minecraft server, that my kids play on.”

Apart from gaming, she loves taking pictures of places she goes to.
“I like to take lots of pictures and videos of places I go to. I mainly post to my Facebook page and that is my way how my family keeps track of where I am.”

Melody recently did a load to Alaska. Alaska loads are historical and this was the second Alaska run we have done. We asked our guest to reflect on this trip and tell us how did it go. “I started off in Manitoba and on day one it was all great. Weather was great, there was no snow. I got all the way to Edmonton AB which used to be the farthest north.I have ever been. Everything was great until that point, then I went through a storm. After getting through the storm, I reached tundra. After I left Alberta, I got onto Alaskan highway and reached Fort Nelson, one of the highest cities in the Rockies. Roads were good, everything was great, I was able to get out without a jacket.”

Things took a slight turn at this point.
“I went to sleep and when I woke up, there were two inches of snow. For the next two hundred miles, road conditions were critical, their way of doing maintenance was about putting the sandy and rocky stuff on them. Fastest I could go was 15mph. As soon as I got into Alaska, roads were clear and speed limit was 65mph which you cannot do because it is like a rollercoaster. It feels like the land is taking the road back.”

The trip to Alaska stretches across many remote areas where signal reception is bad. Melody confirmed to us that driving through remote areas of Yukon and British Columbia was concerning
due to signal loss. “My signal would go down to one bar and then it would diminish. There is not a whole of traffic there, you would see a few cars and that is it. You stop at the rest area just to temporarily get signal back and then you move on and it gets lost.”

Melody has been with BHX since June 2017. She will mark her fifth anniversary with the company very soon. We asked her to reflect on her driving career and tell us what influenced her choice
to become a driver. “I love driving and I love meeting new people. You never meet the same people on the road, there is always something new and interesting about people you meet. I was already driving for four and half years before moving to BH. I bought my own van while I worked for Bolt Express. One day I met another driver who worked with BH and he told me what the income was like in BHX. I realized I am not making anywhere close. I gave Aldin a call, told him I am interested and we started shortly afterwards. Almost five years now.”

We asked Melody to pick her favorite load since she started working with BHX. To our surprise, Alaska trip was not the winner.
“I went to Newfoundland once and it was really nice. I was taking a photo of a storm on the ocean. A security guy approached me and asked what am I watching for, I told him I was looking at the storm out there in the ocean. It was pulling water up, it was not raining down. Water was rising. I captured it, it is on my Facebook page. Every picture I have taken on the road is on my Facebook page.”

In the end, we asked Melody what message would she like to send to the entire BHX universe out there and the conversation took an emotional turn here. Message was brief, but strong and to the point.
“BHX is a great family to work with. We should treat it as our family and everything will be as it is supposed to be by the end of the day.”